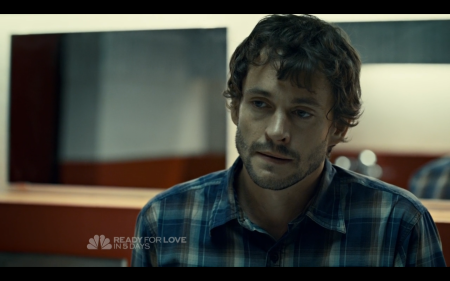 My absolutely guiltless pleasure this past spring was Bryan Fuller’s NBC series Hannibal. Besides enjoying the quipping but heavy writing, fantastic performances, morbid crossing of death and food (Pushing Daisies much?), and themes of destructive imagination, this show is GORGEOUS. Design teams did an incredible job throughout, but I especially want to highlight the cinematography.

Let me repeat that last one: Shallow. Focus. 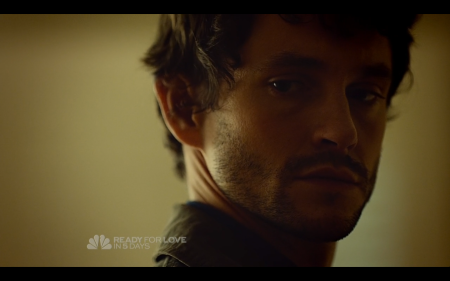 His neck is out of focus, but I can see every hair on his patch of scruff. Like, what? What?

And this is a constant throughout the show: Features of a face or object are sharp while features just inches away are not. Focus softens and sharpens in single shots. Backgrounds are entirely blurred. It’s beautiful, but also borders on frustrating to watch. And it is genius.

This is a show about looking. Will Graham spends his time (and employs his empathy disorder in) imaging how others have seen. Looking becomes completely subjective, and unreliable. Furthermore he’s looking at horrible things: gruesome murders and acts of sickness. And you know what?

But it is, isn’t it? Sometimes, as viewers, we are made to feel wimpy or child-like for squirming at what we see, yet we watch horrendous scenarios play out on screen on a near daily basis, news or fiction. Hannibal reminds us that looking at these terrible things is uncomfortable, difficult, and that it does things to a person — and the cinematography is entirely designed around that. It works to make us see like Will sees: tight, focused, trapped, and unreliable. 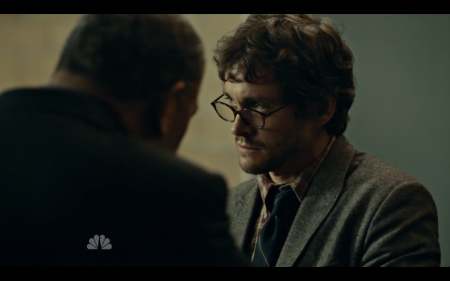 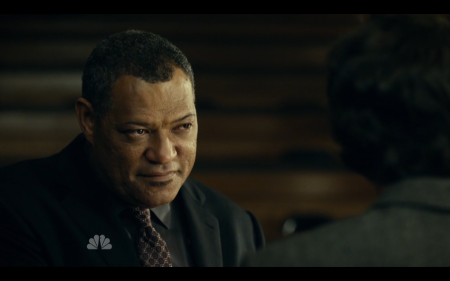 The shot-reverse-shots often use the “dirty” member of the frame to crop the viewing space down. The viewer doesn’t really get a choice of where to look. There is this sense of narrowness, of intense focus, but also of missing the outside world. You see what’s right in front of you and nothing else. 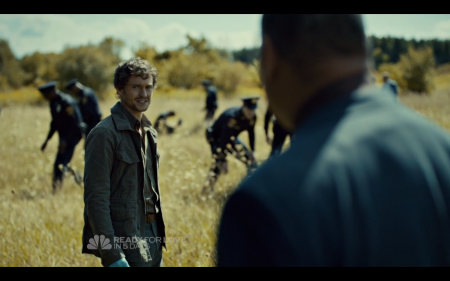 Even in the medium wide-shots, we’re only allowed to look at small piece at a time. Here, Will is in focus, and we’re aware Jack and the police force are there, and that “there” is a field somewhere in the Midwest. But you can’t really see anything besides Will, and in a weird way that makes you more aware of the not space, of the unknown and unreachable. This is especially amplified by the lack of establishing shots. We’re dropped right into mediums and closeups, to cropped personal experience. There is no omniscient narrator holding our hands — making it all the harder to see the spaces.

Even the extreme close-ups, used to give information, are tough to really see. 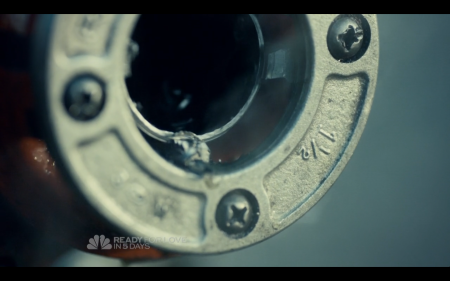 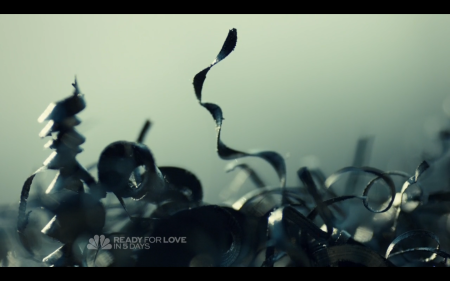 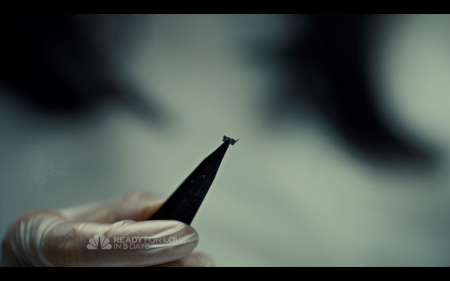 There’s a clear sense of space to be sure, and a breathtaking quality to these images. Because of the high-resolution filming, it’s possible to see things we aren’t always able to, or don’t always pay attention to: spots on skin, wrinkles in gloves, tiny metal filings and the like.

But it also robs us of the ability to see things we normally consider obvious: the rest of the pipe, the woman holding the tweezers. And it’s constant. We never get to SEE a clear space, we just trust it’s there.

We know what’s around these characters because it is implied and because they react to it, but not because you can see it. We learn to trust the characters because we can see them, and have to take their word for what else is out there. But their view of the world is a subjective one, and that is difficult, the way Will’s life is difficult.

This cinematographic illustration of “Will’s Gaze” extends even to scenes where Will is absent. 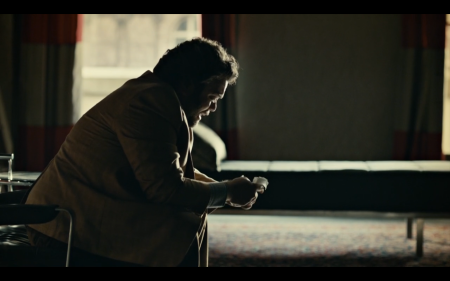 We can’t really see much of Hannibal’s patient. The strong lighting is warm and beautiful, like late afternoon, but also creepy and horror-esque: strong light and shadows, blurred background, peaking whites. Alluring but sinister. Hard to see. Just like it’s hard to really see Hannibal, who is the center of the story but also the center of all the plot and mystery. And of course, no one can really see him for what he is or the show would be over.

The one thing that is easy to see in this show? Food. 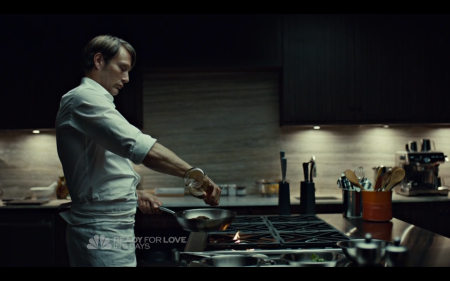 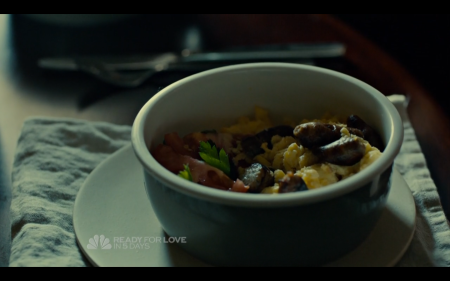 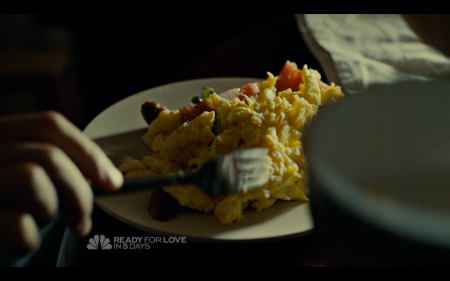 The food in this show–and any actions used to prepare the food–tend to be beautiful, elegant, and in clear focus. The world around them often blurs away, but the food is so tantalizingly real.

Of course, the catch is the food itself is the most uncomfortable substance in the show: at any given time, we aren’t sure if it contains human body parts (it probably does). I squirm significantly more at the food than anything else in the show. Even when we can see LOOKING. IS. HARD.

Hannibal is about a serial killer, but it’s more than that: it’s about our morbid fascination with death and killers, how badly we want to look, and how hard it is to look but how much harder it is to look away. In a way, Hannibal is merciful. It may not let us see freely, but it also often doesn’t allow us to look. Yet it shows us looking is as much psychological as physical.

Bravo, Hannibal team. I will no longer look–or eat–in peace.

Hannibal is a 13-episode  2013 series that aired on NBC. The series was created by Bryan Fuller and is currently renewed for a 2014 season. The pilot was written by Bryan Fuller, directed by David Slade, and shot by James Hawkinson, who is responsible for 10 other episodes of Hannibal as well as multiple episodes of Community and Arrested Development.

14 thoughts on “Hannibal and Cinematography: Looking is Hard”